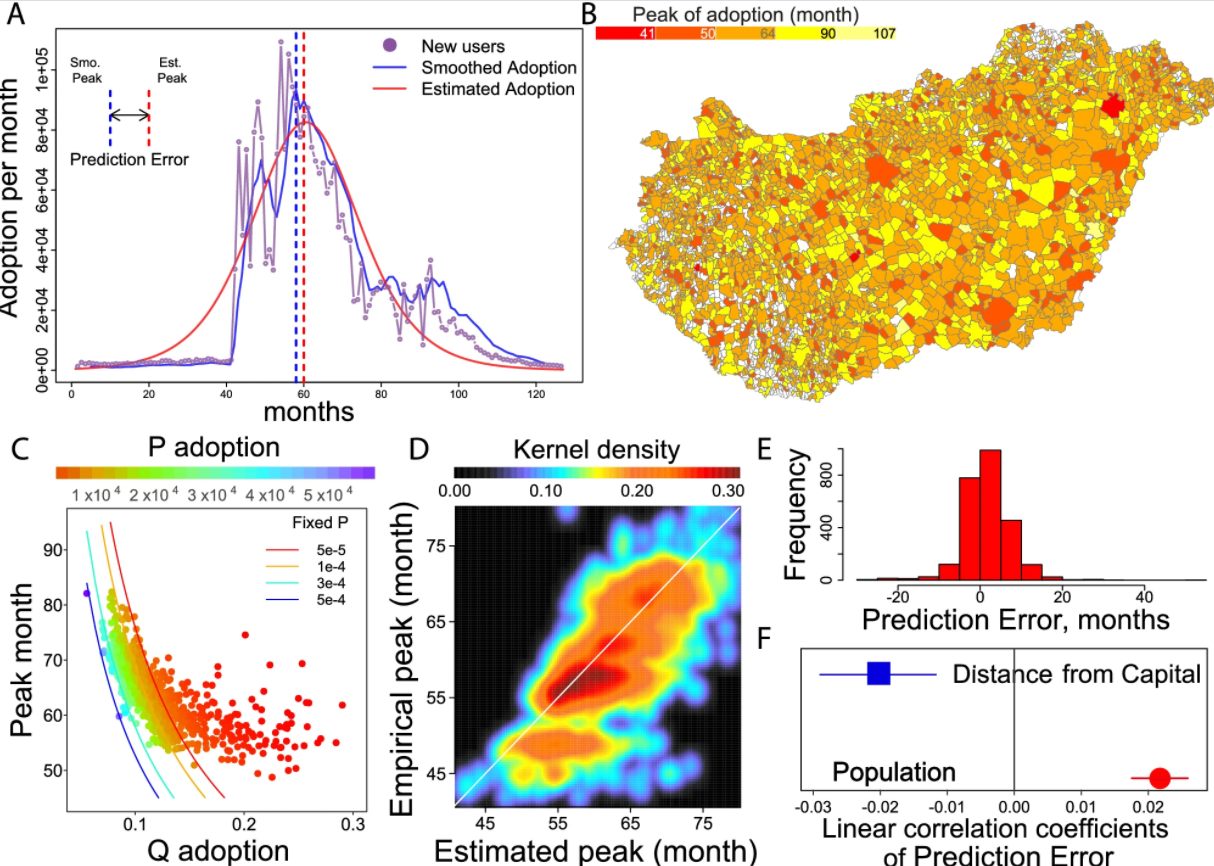 The role of geography in the complex diffusion of innovation.

The urban–rural divide is increasing in modern societies calling for geographical extensions of social influence modelling. Improved understanding of innovation diffusion across locations and through social connections can provide us with new insights into the spread of information, technological progress and economic development. In this work, we analyze the spatial adoption dynamics of iWiW, an Online Social Network (OSN) in Hungary and uncover empirical features about the spatial adoption in social networks. During its entire life cycle from 2002 to 2012, iWiW reached up to 300 million friendship ties of 3 million users. We find that the number of adopters as a function of town population follows a scaling law that reveals a strongly concentrated early adoption in large towns and a less concentrated late adoption. We also discover a strengthening distance decay of spread over the life-cycle indicating high fraction of distant diffusion in early stages but the dominance of local diffusion in late stages. The spreading process is modelled within the Bass diffusion framework that enables us to compare the differential equation version with an agent-based version of the model run on the empirical network. Although both model versions can capture the macro trend of adoption, they have limited capacity to describe the observed trends of urban scaling and distance decay. We find, however that incorporating adoption thresholds, defined by the fraction of social connections that adopt a technology before the individual adopts, improves the network model fit to the urban scaling of early adopters. Controlling for the threshold distribution enables us to eliminate the bias induced by local network structure on predicting local adoption peaks. Finally, we show that geographical features such as distance from the innovation origin and town size influence prediction of adoption peak at local scales in all model specifications.